THANK YOU FOR SUBSCRIBING

Gridcube: The Missing Link of Blockchain

Jose R. Rosas, CEO
Blockchain has gained immense popularity, yet very few are aware of its practical use. Companies often end up spending millions of dollars on deploying blockchain that does not fit their requirements or provides them with a solution to an existing problem. Moreover, the technology is still evolving even a decade after its initiation and this dynamic nature often outdates various blockchain protocols and platforms within six months. Against this backdrop, Gridcube brings forth a cost-efficient and compatible blockchain infrastructure for tokenization, smart contracts, and data backup.

As industry veterans, the team of Gridcube is devoted to quickening the adoption of blockchain technology and understands how corporations deal with mid-sized companies trying to implement enterprise-level blockchain solutions. With the intention of easing the adoption process, Gridcube provides a blockchain proof of concept (PoC) that can be implemented by companies across verticals to analyze the sustainability of blockchain’s practical application. After determining the success of blockchain for a particular use case, Gridcube directs the client toward a minimal viable product (MVP).

“Our vision is to solve the problem of finding the optimum blockchain version for a client’s business by implementing blockchain PoC quickly and taking care of the obsolescence of protocols,” elucidates Jose R. Rosas, CEO of Gridcube. As new and more efficient blockchain protocols emerge, Gridcube constantly updates them within their smart contract offerings without disrupting the customer’s solution.
In fact, blockchain like any other technology in its nascent stage is crafted by several developers using various coding languages. This often creates a problem while trying to create a new block within a chain with a coding language that was not originally used by the owner of the blockchain. In this scenario, Gridcube designs and develops APIs as a standard language to connect with the blockchain solution swiftly without having to hire experts. The API solution makes Gridcube the go-to provider of the unique language that all blockchain technologists can use to eliminate the communication gap between different vendors.

Gridcube encourages personalization of the blockchain according to a customer’s business model by leveraging their tools. Gridcube’s API solution is implemented by clients to generate and gain access to tokens as per the rules predefined by the owners of the blockchain. Additionally, the solution can also be utilized to create unique signatures to protect data. Gridcube understands the importance of optimizing the underlying infrastructure and has developed ‘Smart Cloud Manager’ to improve the agility of deploying blockchain networks.

Rosas expounds on the efficiency of Gridcube by sharing an instance, where Dept of Good, an e-commerce company was facing difficulty in reconciling the payment data of re-sellers and providers. On implementing Gridcube’s PoC solution, the client was able to evaluate the benefits of the blockchain solution and move forward with an MVP to track the payment system. Gridcube saved the client exponential amount of expenditure and reduced the time of implementation.

Forging a successful path ahead, Gridcube is focused on increasing the number of PoC deliveries to various businesses in the next three months. The following three months will be spent on reshaping the offerings to improve the benefit features such as increasing the backend efficiency. Rosas also plans to launch a ‘coding is mining’ program to transform Gridcube’s solution into a platform. This will enable open-source developers to build a SaaS blockchain template on top of Gridcube’s solution for a specific industry. Recently, Gridcube was awarded in the first cycle of Decenturion Accelerator as one of the best startups in the blockchain arena. “Customer curiosity and interest in blockchain technology, and our agility in implementing it have profoundly helped us continue innovating on our blockchain solution,” concludes Rosas. 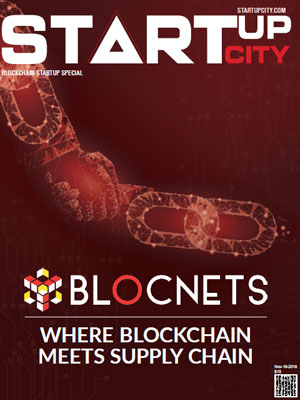